There is a lot of conversation these days about diatomaceous earth. DE is a form of silica. It is a natural material composed of diatom skeletons. Diatoms are aquatic phytoplanktons which are one-celled plants that are responsible for much of the food and most of the oxygen that is consumed on earth. Diatoms represent the major process where silicates from the earth’s crust are recycled. Diatoms absorb silica acid and use it to make porous microscopic shells composed mostly of silica dioxide (SiO2). When these living creatures die, the shells sink to the bottom of oceans, rivers or lakes and accumulate. Over millions of years, the sediments become diatomaceous earth deposits. These large deposits are mined, ground into a powder form and sold as natural diatomaceous earth.

Insects are killed by desiccation due to the dust’s highly porous nature. DE is one of the most effective of all natural inert dusts. It absorbs waxy fats and oils (lipids) from the epicuticle (skin) of insects and other invertebrate pests. Once the waxy, oily coating is removed, insects cannot retain water and die due to dehydration. Silica gel and fumed silica are synthetic silicas that also kill insects in this way, but I don’t recommend these or any other processed forms of DE. Silica gel is not as useful because the small particle size that gives it greater adherence and greater oil absorption properties also makes it more difficult to apply. It also contains a higher level of crystalline silica dioxide, a form that is dangerous to breathe.

Under a scanning electron microscope, Melosira sp. looks like little barrels full of holes or a white breakfast cereal. Freshwater DE products contain a high percentage of intact shells with both an interior void space along with interior and exterior surfaces. This large surface area is key to its effectiveness. Marine diatoms tend to be larger, lacy and fragile. They are beautiful in design and many look like snowflakes. Few survive the compaction of deposition and the impact of mining, drying, milling and classifying. Marine DE also has larger amounts of crystalline silica, but in most cases is still less than 3% which minimizes the breathing danger. Marine DE tends to contain a high percentage of shell fragments with almost no interior void space—thus not as good for our organic purposes.

Both freshwater and marine DE can be caclcined which means heated to high temperatures and partially melted. This material should be avoided for stored grains, pest control, and for animal feeds. The heating process makes DE a better filtration material but destroys its desiccating insecticidal properties. It also increases the crystalline silica content to 25% or sometimes much more. Inhalation of significant amounts of crystalline silica over long periods can lead to lung cancer. Breathing small amounts can cause a nose bleed.

Up to 2% of natural amorphous DE is added to a variety of processed foods as an anti-caking agent and 90-day rat feeding experiments showed that up to 5% in the daily diet created no problems. In my opinion, the most important use of natural DE is in animal feeds. It can and should be added to any animal feed at the same 2% rate. It will help with internal pest control, and improved digestion. It will also aid detoxification and provide a wide range of trace minerals. There are still many people who bad-mouth the use of natural diatomaceous earth, even an alarming number of veterinarians. If there were anything dangerous about this wonderful natural material, there would be a lot of sick pets and livestock as a result of its use. Just the opposite is the case. 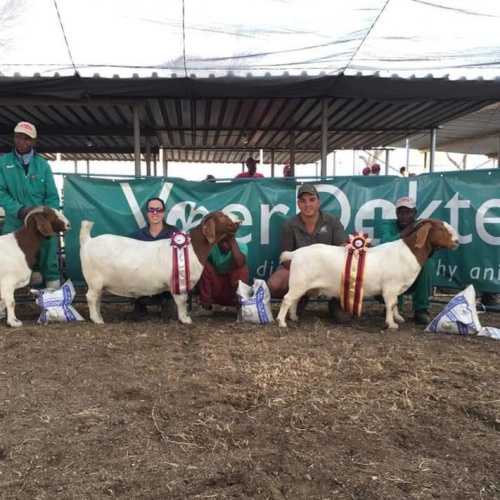 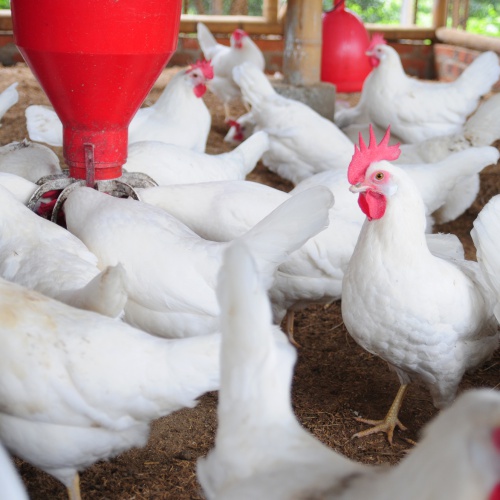 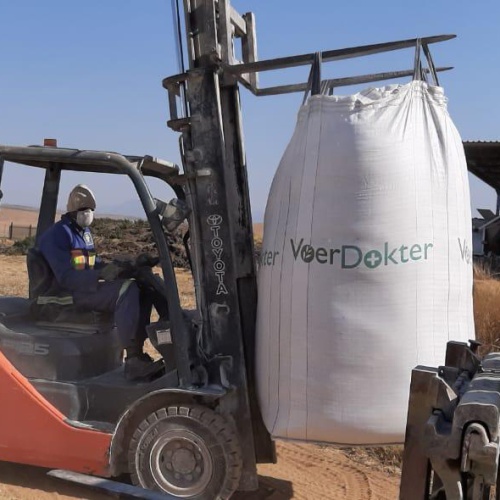 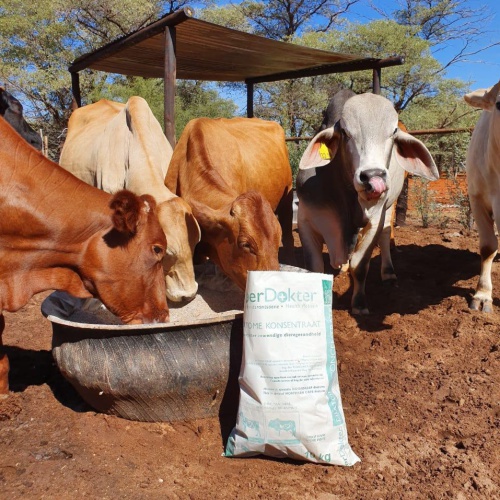 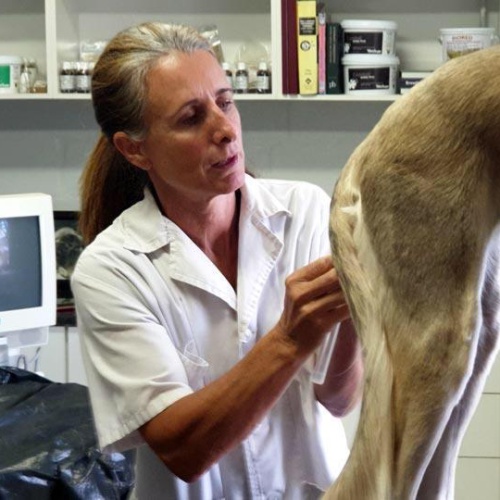 The product VoerDokter Diatoms is the most amazing product I've ever used. I've been breeding ducks, geese, and swans for about 20 years and I always had a problem with them dying from gut bacterial infections, that's what the autopsy revealed. I was forever at the Vet and they very seldom pulled through, but since I've been using VoerDokter in their food I hardly ever lose anything, the condition of all my birds has improved including their breeding. I give this product to all my animals, it is, I believe, a "miracle product" because the difference is like night and day.
Diatoms Concentrate

Esmeralda Welthagen
So far I am very happy with your product (HealthSil); excellent for detoxing, no more snoring, leg cramps, swelling of feet, no gout for two weeks, definitely more energy. Will keep on using it. I even dropped bodyweight of 3 kgs.
Healthsil 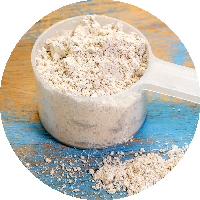 Hilde Schoeman
Kobus van Rooyen farms with chickens and sheep in the Pretoria district. He mixes VoerDokter into all his feeds. Kobus says: “With VoerDokter all my animals grow better and they are much healthier. I'm using far less medication now. I am now making more profit with VoerDokter! Please tell all the farmers out there that in these times no farmer should farm without VoerDokter!”
Diatoms Concentrate 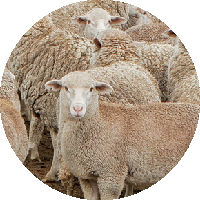 Kobus van Rooyen Pretoria district
Colin farms with chickens in Limpopo and has excellent results using VoerDokter. He says: “After I started mixing VoerDokter into my chickens’ feed, my chickens are bigger and became more tastier. The people who buys my chickens made me aware of this. Now everybody is talking about my chickens tasting so great and everyone now buys my chickens!”
Diatoms Concentrate 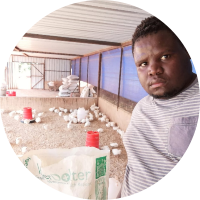 Colin Limpopo
Hugo, the owner of Border Feeds, is mixing Voer Dokter into his feeds and his results have been phenominal. One of his customers reported the following: I weighed my lambs this morning and in the last month they picked up 16.8kg (578 grams a day). Heidi
Diatoms Concentrate
Hugo Fouriesburg
I'm raising bottle calves that can very easily get diarrhea and die. I pulled through 7 calves where I took away milk for a day and only fed electrolytes and with each serving, a spoon of VoerDokter orally. All diarrhea stopped by the evening with solid feces. Great stuff.
Diatoms Concentrate
Martin and Christelle Barnard
Results of feeding 5 oz. of DE to show horses for a period of one year. Healthier-looking animals with a definite sheen to their coats, absence of internal parasites, better feed conversion, reduction in manure odor, fly control, cured scours in cases where other medications had failed, and improved appetites in "picky eaters."
Original article from DirtDoctor.com
Diatomaceous Earth 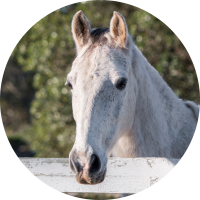 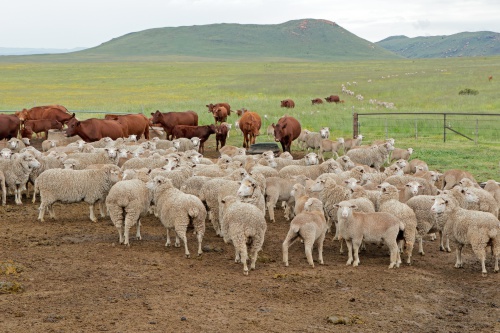 DE for my sheep
Kalma Hayes
Buccleugh Farm
George I keep a small flock of SA vleis Merino/ Witkop Dorpers. You might not be aware but this area is not a sheep area according to the powers that be and I was told that my sheep will start dying and be totally infested with worms. On the contrary, my sheep were healthy happy sheep...
Read the testimony 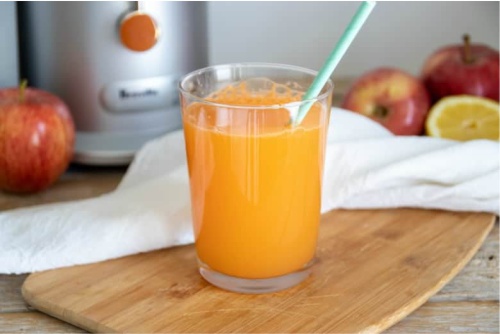 DE for pets & human use
Christine I started taking Healthsil in some juice, and several things changed for me which is very interesting. In the beginning, there were some detox symptoms, I had headaches, pimples, and bad body odor for a week or two, then it disappeared. But here is what was most noticeable:...
Read the testimony 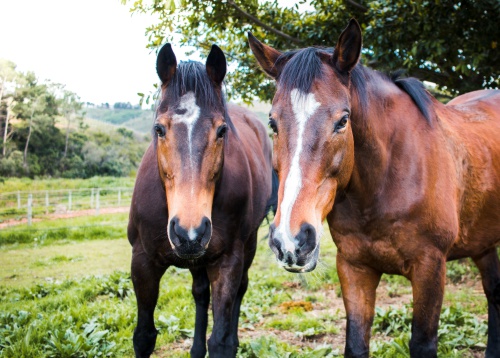 DE to Walking Horse
L. Thomas, Trainer, L. Frank Roper Stables,
Winter Garden, Florida With horses fed approximately 5 oz. of diatomaceous earth mixed in the feed twice daily, the following results were observed:
1. Stopped scours even on horses that had not responded to any other medication. 2. Noticeable fly reduction...
Read the article 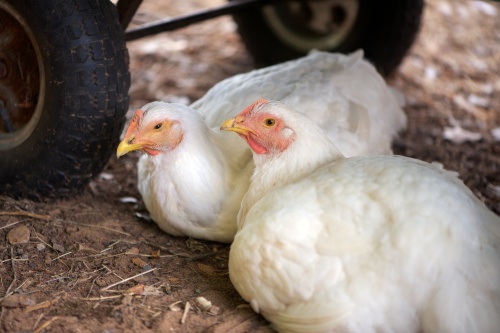 DE with Poultry
C.S. Mangen, DVM,
San Diego, California Using two groups of birds with each group consisting of 8,000 white leghorn caged layers in their pullet year which had been producing for five months. After feeding the test group 60 lbs. of diatomaceous earth per 1 1/2 tons of standard mixed feed (17% protein) for 2 1/2 months the following results were observed:...
Read the article

Diatomaceous Earth is Not All the Same

Not all Diatomaceous Earth is the Same There’s a lot of conversation these days about diatomaceous earth. DE is a form of silica. It is a natural material composed of diatom skeletons. Diatoms are...

Diatomaceous Earth Article Howard Garrett There is a lot of conversation these days about diatomaceous earth. DE is a form of silica. It is a natural material composed of diatom skeletons. Diatoms...